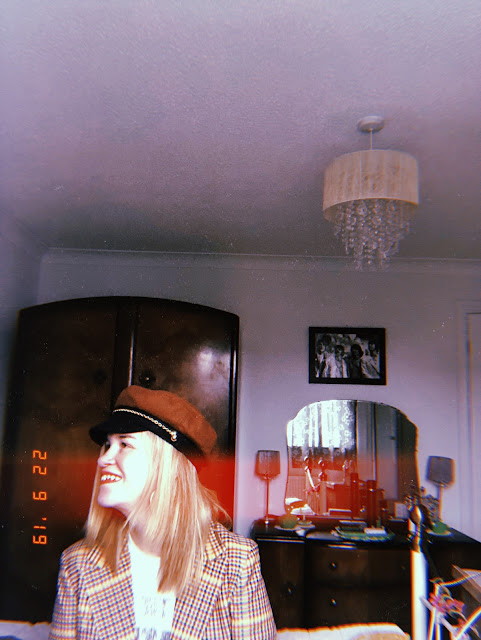 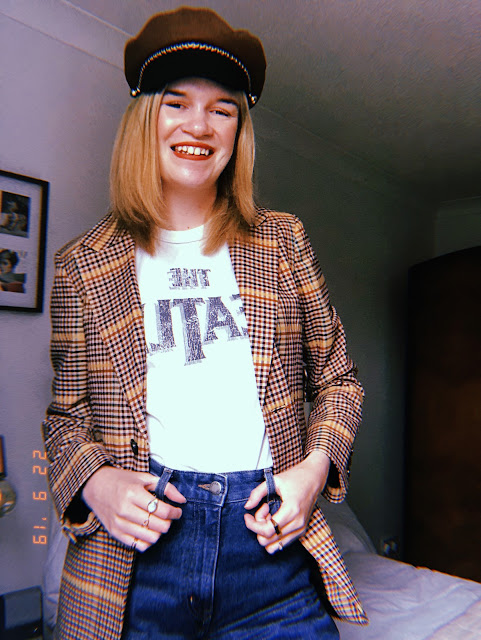 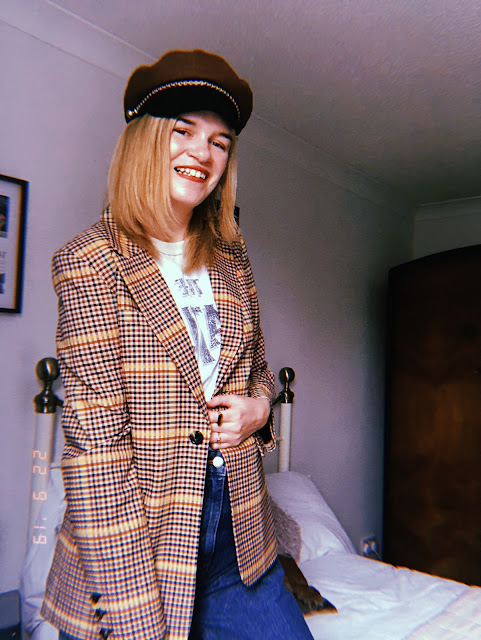 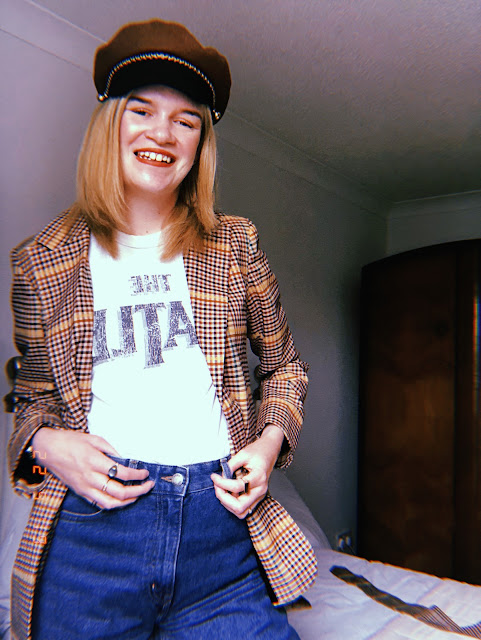 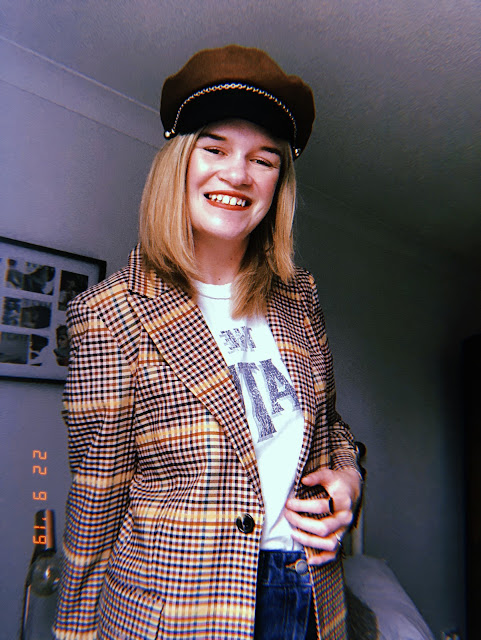 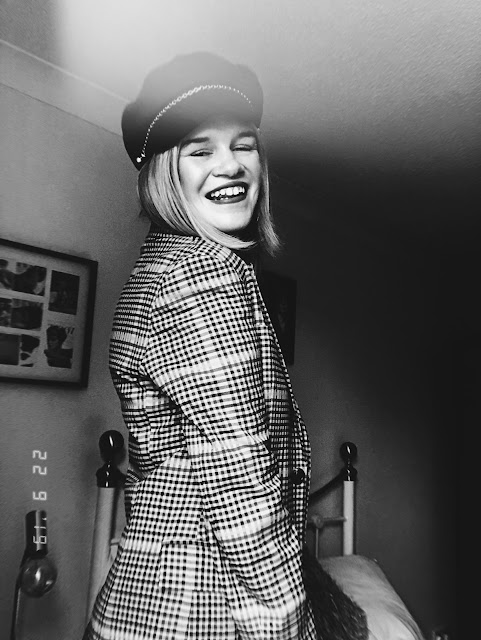 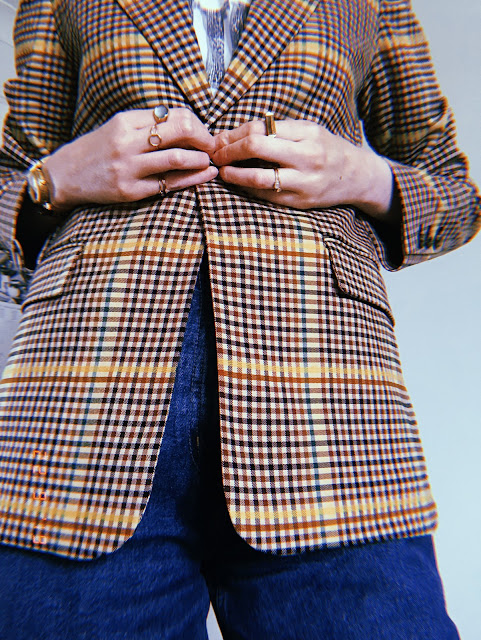 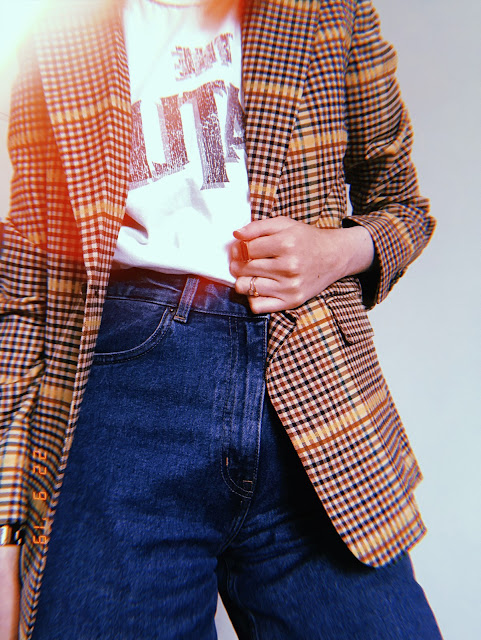 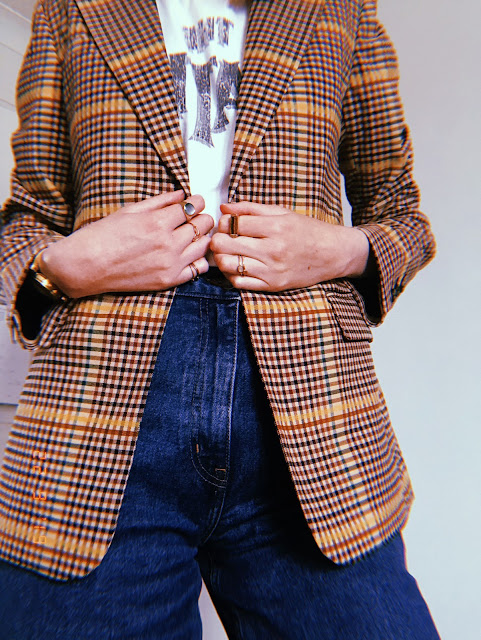 Happy Sunday! I hope you are all having a wonderful weekend despite the rain that has seemed to hit the UK all this week. Last weekend it was my sister's birthday and we went into Leeds for the day and it was lovely. This entire out is all from And Other Stories and I absolutely love it, I honestly felt so chic and it is all thank to the blazer. I actually bought the blazer last year and it has been in my wardrobe for so long it was time to start wearing it. Our first point of call was a Bills Breakfast, I love a good breakfast and bills do a great one and they even a do a Gluten free one for Fiona, which is why we always go as she loves it. I went for the traditional breakfast which comes with a Cumberland sausage, tomatoes, an egg, mushrooms and toast. However I swapped the mushrooms for another sausage and got some baked beans as extra. Let me tell you it was delicious and it was a great start to the morning before we had a look around the shops. Leeds is a great city for food and shopping, I love the Topshop as it so much better than York. Don't get me wrong the York store is good but Topshop has personal shopping and it is filled with so many more clothes. 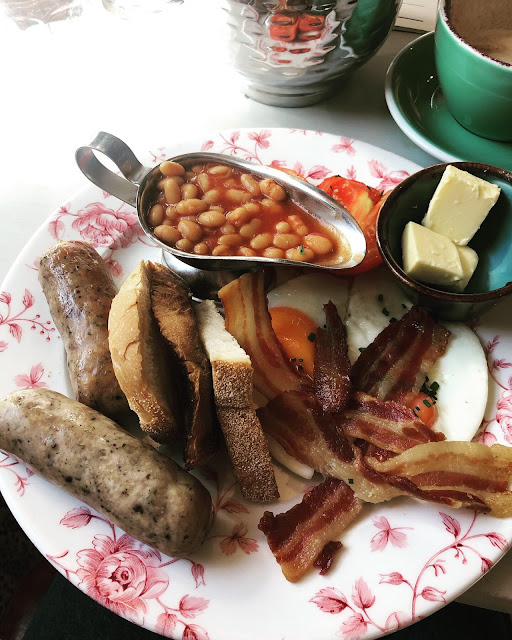 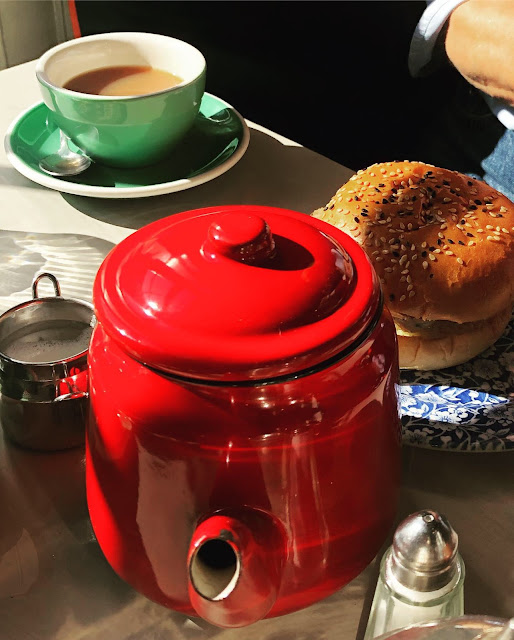 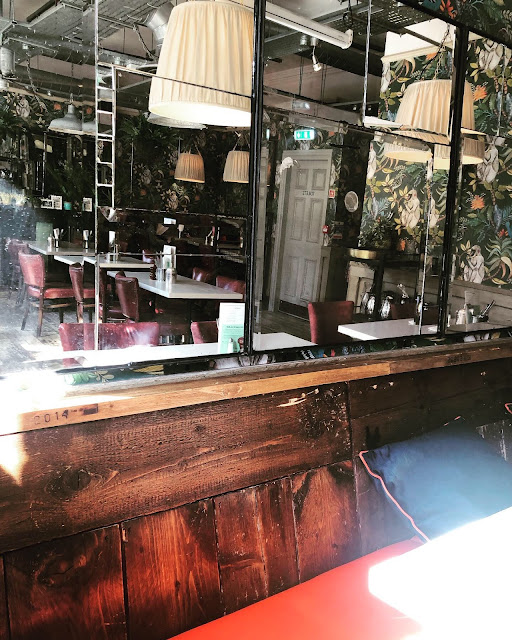 Once we got back home, we went to Rustique for tea which I haven't been too in a long time so it was really great going and well the food is just the best! 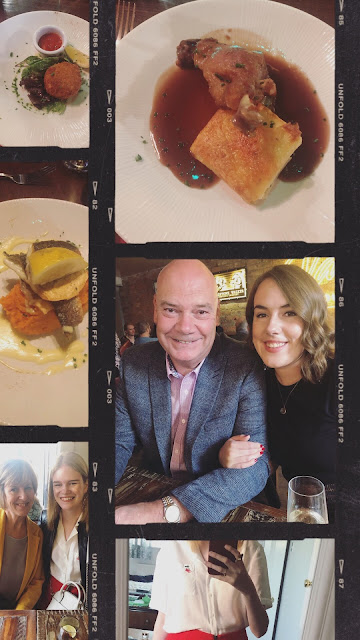 Lottie x
Share:
Posted by Charlotte Wharram at 21:16:00 No comments

Style In The 90's And The Family Archives

This weekend I was looking at old photos of when myself and my sister were little as it is her 26th birthday next Sunday and I wanted to find some photos of us when we were younger which got me into doing this post. Whilst digging out wonderful snaps of Fiona and I couldn't help find other photo's of the family which of course I had to add in. 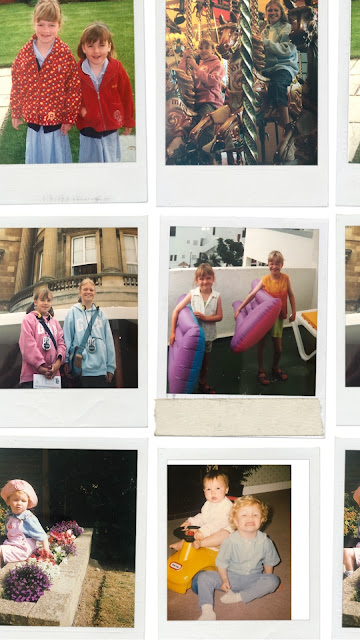 The photo's above are a mixture of myself and Fiona growing up, I also adore this one of my mum, my sister and I on my little bike in our old house. So many memories and this is why I like looking at old photos! 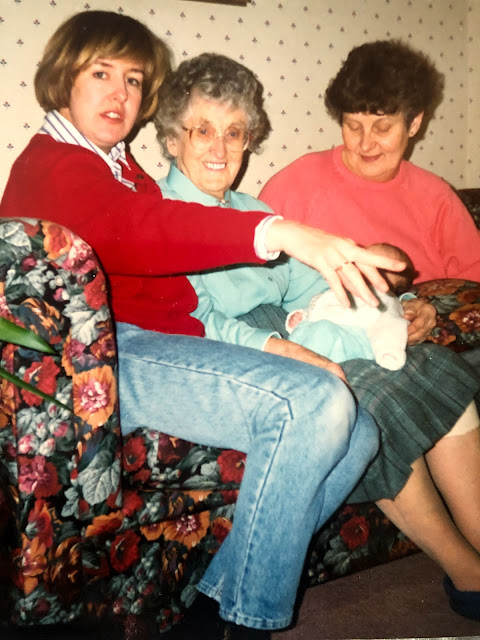 Now this photo has 4 generations in, my mum, my Great Grandma and my Grandma (my mum's mum) and cannot tell if this is me as a baby or my sister. But how cute! 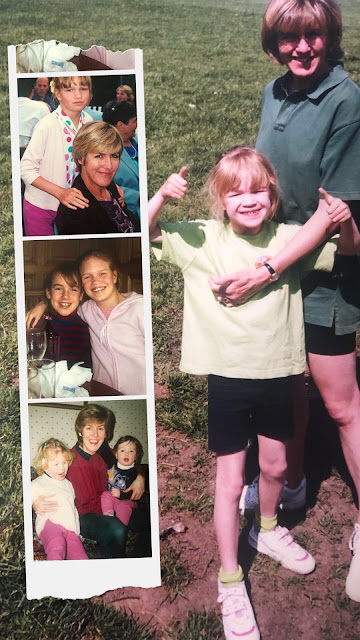 Lottie x
Share:
Posted by Charlotte Wharram at 19:21:00 No comments 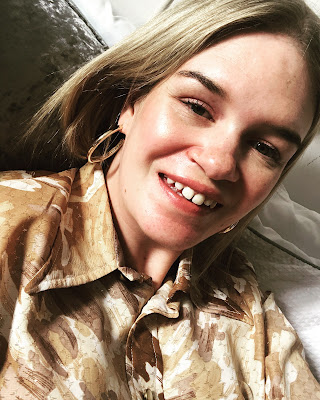 Hi everybody, it feels good to be back on here. I do feel weird blogging as it has been a few weeks since I wrote a blog post and I felt guilty that September is here and I haven't done anything. I have been waiting for a new laptop and I still haven't got one yet but hoping to get one very soon as the one I have, has seen better days. I thought I would have had one by now but September has been an expensive month so far and I haven't even thought about what laptop I'm going to get. I only want something simple and nothing too fancy. I was in Leeds the other weekend and had my nails done and then went into & Other Stories and bought some new jeans and some new boots which I love and needed but cost me a fortune but was totally worth it.

I also haven't been able to post on my Instagram for about a week which was not great, I don't really know what had happened. It just came up on my screen saying it was blocked until the 9th September. Thankfully I can now post again but I do feel like I have lost quite a lot of followers which isn't the best thing in the world but I guess that is social media for you. I went to the York Races last Sunday which was fab as it was family day which mean't the Sunshine was out and it wasn't so busy. I had such a fabulous day and even worn twice! YAY! I didn't win much but still if it was a great feeling. 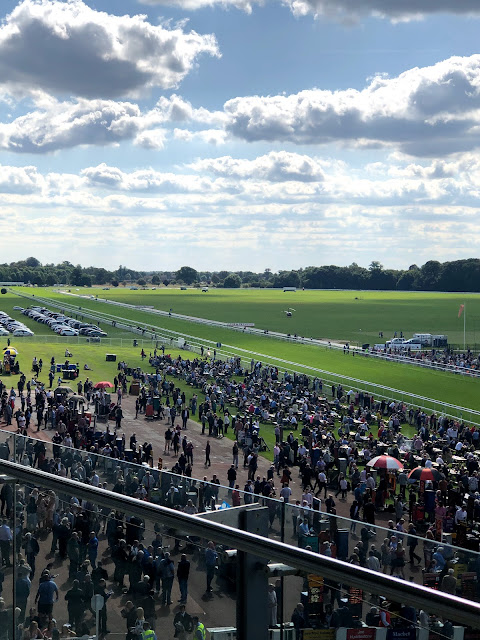 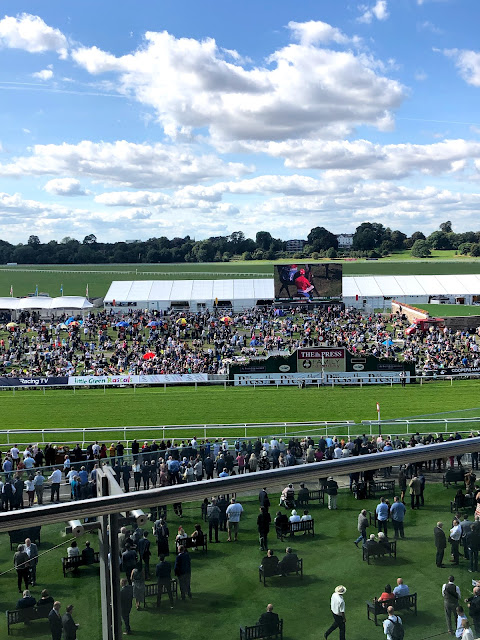 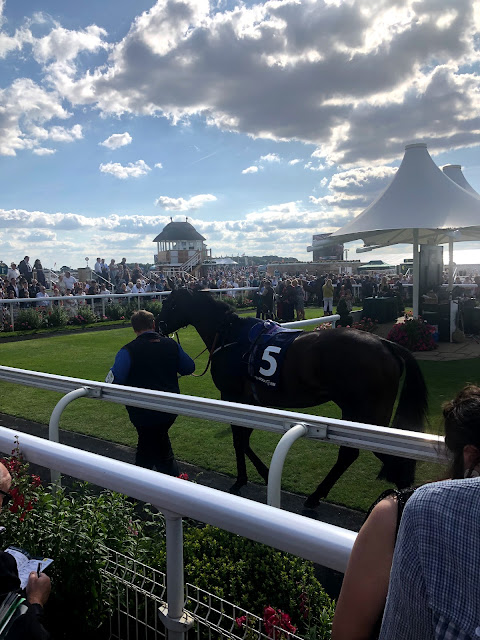 I'm not sure if I mentioned it on here but I am a total fan of Bills breakfasts, they do a really good breakfast and I would recommend it. My sister is gluten free and has been for a year now and they do a great breakfast for her which is why we always end up going. 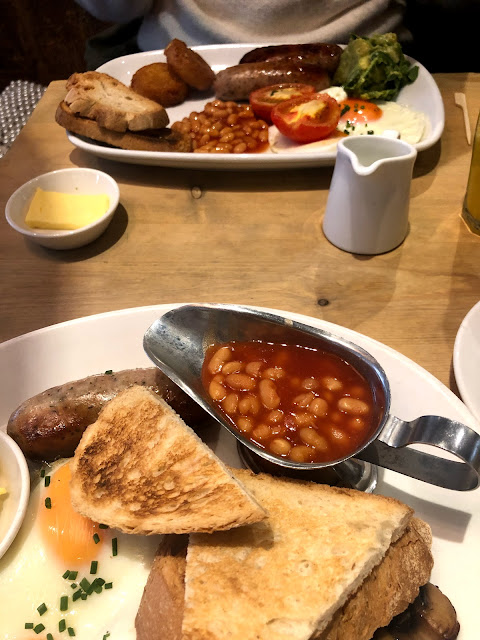